AMO Pharma is led by a team of industry professionals who combine extensive experience in biomedical science and research with proven skill in all phases of drug development and commercialization and a true passion for making a positive difference for patients. With senior leadership based in the U.S. and in the U.K., the company can leverage an international network of contacts and resources in all operational areas, including asset acquisition, collaborative opportunities in drug development, patient advocacy, disease awareness, KOL development and execution of global clinical trials.

Ibraheem Mahmood has an extensive life science and finance background that spans more than 20 years. His experience includes previous roles in Lifescience M&A and Fundraising at Nomura, Lifescience Equity Research at Investec and Business Development and Corporate Venture Capital at Shire Pharmaceuticals. He served as President and CEO of the clinical operations services company DrugDev, which raised over $50m in financing and was acquired by IQVIA in 2017. Ibraheem studied medicine at the University of Oxford. 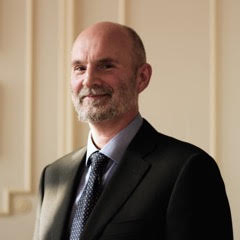 Dr. Snape is a neurobiologist who has spent 27 years in the pharmaceutical industry working for large and emerging biopharmaceutical companies. He has experience founding and funding companies at inception through IPO on the public markets. His principal experience lies in the area of demonstrating clinical proof-of-concept with novel targeted therapeutics in rare diseases. He is named an inventor in numerous patents and is a scientific advisor to several patient foundations. He earned a PhD in neurobiology from London University after study at Maudsley and Bethlem Hospital and holds a faculty position at Case Western University. 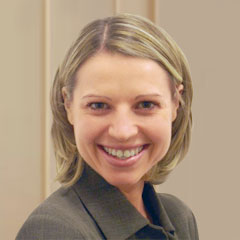 After graduating from Loughborough University in 1997, Julia joined PricewaterhouseCoopers and qualified as a Chartered Accountant in 2001. Julia then gained a broad range of experience with key finance positions in the industry. For the last fourteen years, as the founder and Managing Director of Archangel Accounting Ltd, Julia has provided tailor-made support to many companies, including those with venture capital backing, privately owned businesses, and charities.

With 22 years of experience as a finance professional and an established record of supporting biotech companies from start up through to exit, she has assisted in securing and then the management of circa £200mil of Venture Capital funds. Specialising in pharmaceutical investment funded companies, Julia is strongly skilled in software implementation and accounting processes to aid the performance of ambitious businesses. 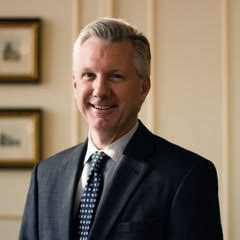 Dr. Horrigan is a pediatric neuropsychiatrist. He has 20 years of experience in the pharmaceutical and biotech industry, both as a clinical investigator and as a sponsor. Dr. Horrigan was a Senior Director in the Neurosciences Medicines Development Center at GlaxoSmithKline, where he also co-founded and led the company-wide Medicines for Children Advisory Network that collaborated with all therapeutic areas in the company. Dr. Horrigan also served as Assistant Vice President and Head of Medical Research for Autism Speaks, the largest science and advocacy organization in the U.S. devoted to autism spectrum disorders (ASD). Most recently, he has served as Vice President of Clinical Development and Medical Affairs for Neuren Pharmaceuticals Limited, leading that company’s clinical development efforts in neurodevelopmental disorders and traumatic brain injury. Dr. Horrigan received his Sc.B. degree from Brown University and his medical degree from the University of Rochester. Dr. Horrigan is also a Clinical Associate Professor at the University of North Carolina. 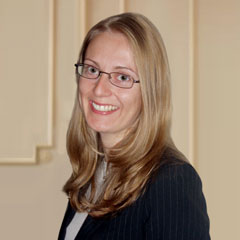 Dr. McMorn is an experienced clinical development researcher and has led, planned and managed global clinical development programs for gastro-intestinal/hepatology, pain and psychiatry products. Most recently she served as a Director of Clinical Programs at Shire Pharmaceuticals. She holds an undergraduate degree in Pharmacology and a PhD in psychology from the University of Leeds, UK. 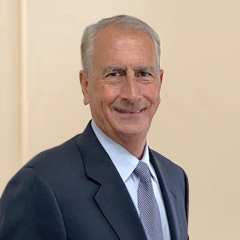 Alan has an extensive executive background that spans near forty years in the biopharmaceutical industry. He recently served seven years as CEO of Emisphere Technologies, Inc., a successful publicly held drug-delivery company, which was acquired by Novo Nordisk for $1.8B. He also was CEO and co-founder of New American Therapeutics, Inc., which acquired Denavir from Novartis. New American was subsequently sold to Renaissance Pharma, LLC for a 49% IRR to investors. Prior to that, he was CEO and a co-founder of Akrimax Pharmaceuticals, LLC, where he in-licensed Tirosint from IBSA Institut Biochimique SA for the US market which now has sales of $150M. Mr. Rubino also spent 24 years with Roche where he rose to a member of the U.S. executive committee for ten years and presided over 30 product launches and brand marketing execution plans and had leading roles in the acquisitions of Syntex Labs and Boehringer-Mannheim. He received his B.A. in economics from Rutgers University with a minor in biology and completed post-graduate educational programs at the University of Lausanne and Harvard Business School. He has served on numerous public and private biopharma and medical technology company boards and currently serves on the board of Vericel Corporation (NASDAQ: VCEL). Mr. Rubino is also a member of the board of BioNJ, the New Jersey chapter of BIO (Biotechnology Innovation Organization).